The Burton Barr Central Library reopened at 9:00 AM on Saturday, June 16th, after being closed for nearly a year due to damage caused by a pipe that broke during a monsoon storm.

Lee Franklin, the community relations manager for the library, told KTAR News 92.3 FM in May of this year library officials took advantage of the long closure to not only make those repairs but to make upgrades and enhancements to the building as well.

Some of those improvements include nearly tripling a children’s area, building two computer labs and a designated room for 3-D printing programs and doubling the size of the College Depot space, which will allow the library to host GED certification programs on site.

Martha and I couldn’t be happier for Will Bruder Architects! 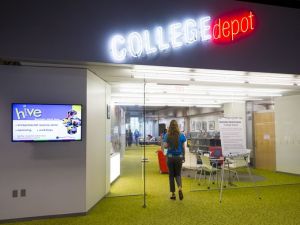